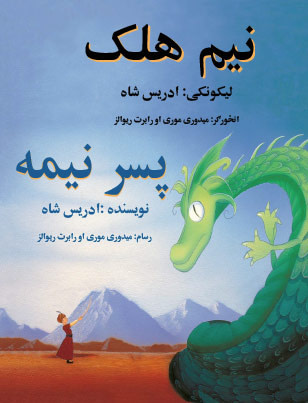 For Afghan organizations only, a PDF of the entire book is available upon request.

Because she fails to follow the precise instructions given to her by Arif the Wise Man, The Queen of Hich-Hich gives birth to a half-boy. That Neem is able to make himself complete by an act of cleverness, negotiation, and compromise teaches children more than the expected, usual lesson of bravery.

This enchanting tale of Prince Neem, the King and Queen of Hich-Hich, Arif the Wise Man, Fairies and a fire-breathing dragon is marvelously and magically illustrated by Midori Mori and Robert Revels.

“Shah’s adaptation of this traditional Sufi tale will encourage children to contemplate the meaning of psychological ‘wholeness.’”
—Bookbird, A Journal of International Children’s Literature